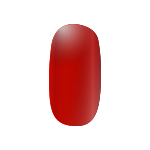 The Red Coral Gemstone also called the Moonga or Praval is a very important gemstone. According to the Indian Vedic Astrology, it represents the planet of Mars which is regarded as a symbol of energy, ambition, vitality and blood circulation. Mars is also thought to be the warfare God in the planet hierarchy. The Red Coral gemstone thus is believed to elevate the energy levels of Mars in the horoscope of the wearer. When a coral polyp dies, its skeletal remains form a calcareous deposit which then transforms into the Red Coral. Polyps are tiny invertebrates and live in the depths (20-1000 ft) beneath the seabed in quiet waters.